In Loving Memory of Betty Schoenbaum 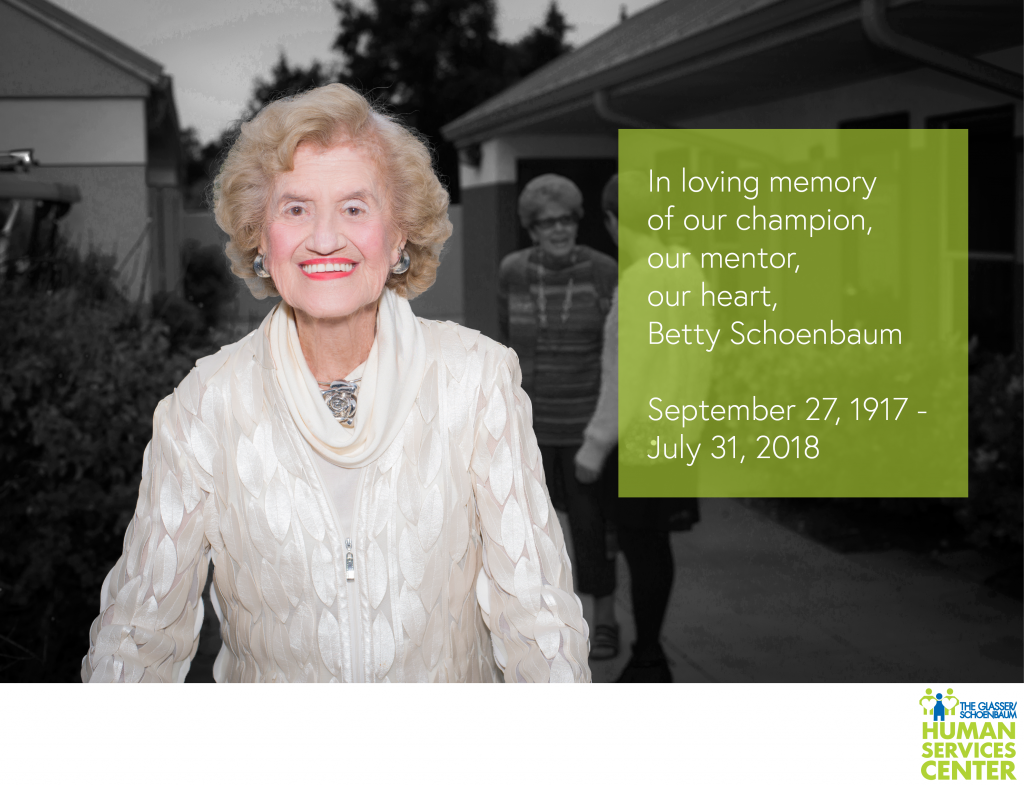 On Tuesday, July 31st, Glasser/Schoenbaum – and the world – lost a great woman. A divine leader with a generous heart, we feel her loss very deeply.

In her address to our nonprofit tenant partners, Executive Director & CEO Dr. Kameron Hodgens encouraged them to, “Know that she truly cared about each of you and had the utmost respect for the work you do. Hug your loved ones even tighter – that’s what Betty would have wanted.”

The Herald Tribune beautifully honors her life in this piece, quoted below.

Wife of the late founder of Shoney’s impacted thousands of lives, dozens of organizations


Posted Jul 31, 2018 at 8:50 PM Updated at 8:27 AM
SARASOTA — A philanthropist who gave a collective hug to thousands of Southwest Florida residents, some in person and others through her enormous giving, died Tuesday after an intrepid life.

Betty Schoenbaum, approaching her 101st birthday next month, passed away surrounded by her family.

Whether it was through the thousands of scholarships she has given, the work of the Glasser-Schoenbaum Human Services Center or that of the Salvation Army, there is no doubt about the tremendous impact that Betty Schoenbaum had on countless lives — first through a philanthropic partnership with her late husband, Alex — and later on her own.

Her daughter Joann Miller summed up her mother’s life succinctly: “A century of good works.”

“My mother always described her life as ineffable, and ineffable it was,” Miller said. “She always said she had the most beautiful, privileged life, and she grew up in the most loving family.”

She worked so hard, and gave so much, Miller said, because she liked to remind people “there are no luggage racks on the hearse.”

“A nurse came up in ICU today and told us she had received three scholarships from my mom through the Women’s Resource Center,” Miller said. “That was the kind of impact she had.”

She came from a family of long-lived people. One of her brothers is in his late 90s. A brother and sister lived to a similar age.

Schoenbaum often mused about the amazing changes in the world she witnessed. When she was born, automobiles were beginning to roll off the assembly line and airplanes were emerging. Later in life, she would witness the space race.

“When you think about it, more happened in those 100 years than in any other 100 years in the history of the world,” Schoenbaum told the Herald-Tribune in 2017. “The industrialization of the world, the computer age, even landing on the moon ... It was just amazing.”

Schoenbaum said her parents lived for their children first. They indulged their daughter in her love of ballet and dancing. She would study for 15 years. She yearned to be a dancer, but she was too tall — 5 feet, 8½ inches.

Her life took a new course when she decided to attend Ohio State University. That’s where she met Alex Schoenbaum on her first day of school.

After they were married, Alex Schoenbaum made a name for himself in the insurance industry, but left it when World War II impacted the family. He moved to Charleston, West Virginia, to take over the family business after his brother died in the war and his father became ill.

The family owned bowling alleys, and near the corner of one was an empty lot where Alex Schoenbaum put a drive-in restaurant.

At first it was called the Parkette.

Later, it was renamed Shoney’s.

Alex Schoenbaum, the love of Betty’s life, passed away in 1996 after 56 years of marriage.

Schoenbaum moved into a downtown penthouse shortly after her husband’s death, carrying on even more deeply the philanthropy for which they were so well-known.

“I was not a businesswoman,” she told the Herald-Tribune in 2017; “I had no real business experience. Anytime I wanted to give money away, though, Alex never objected to what I gave, which I deeply appreciated. But it was always Alex who gave the big money or else he would raise it for them.”

For example, there was the $31 million for the Salvation Army.

Then there was the Glasser-Schoenbaum Human Services Center. Kay Glasser had an idea that she wanted to create a mall of human service organizations. She went to see Alex Schoenbaum. One day, Kay timidly entered his office and told Alex Schoenbaum her dream. He helped her find the money.

Betty Schoenbaum was very active with the center after her husband passed away, and was a lifetime member of the center’s board of directors.

Other philanthropic work included the Schoenbaum Family Enrichment Center in Charleston, West Virginia; the Schoenbaum Family Foundation; the Alex and Betty Schoenbaum Science, Education, Cultural and Sports Campus in Kiryat Yam, Israel; and many local charities, including the Jewish Family and Children’s Services and the Women’s Resource Center.

The thousands of scholarships that Betty Schoenbaum and her family doled out gave her a special joy. They were made available to a variety of schools, including Ohio State, West Virginia, Johnson & Wales, the University of Charleston (West Virginia) and others.

“It is such a wonderful feeling to help all of these deserving people,” she told the Herald-Tribune. “I tell people all the time that I am just going to burst with joy one day.”

She always encouraged others to give. Echoing her daughter’s remembrance on Tuesday, Schoenbaum gave this quote to the Herald Tribune: “I tell them there are no luggage racks on the hearse. You can’t take it with you. Don’t wait until you die to give. Give when you live. That way, you have the joy of seeing what you have accomplished with your money.”

Her well-known motto was “the joy of giving is the joy of living.”

Shoenbaum’s doctors told her that her famous “heart-to-heart” hugs had an undeniable healing quality.

“God allowing me to live this long — what a gift. What a gift. I am so fortunate. I have had such a beautiful life. It has been joy beyond description.”

Betty Schoebaum is survived by sons Raymond (and wife Susan) of Atlanta, and Jeffry (and wife Sue) of Palm Harbor; daughters Joann (and husband Richard) of Oldsmar, and Emily of New Orleans. She is survived by seven grandchildren: Alex (and wife Jaime), Jay (and wife Maisa), Marc (and wife Samantha), Brian Schoenbaum, and Sara, Lauren and Lindsey Miller, and 10 great grandchildren: Aubrey and Bryce Stapf and Alex, Max, Zach, Ryan, Noa, Rani, Nate and Beau Schoenbaum, and her brother, Marvin Frank.

Funeral services are pending at B’nai Jacob Synagogue in Charleston, West Virginia, and a celebration of life is expected in Sarasota. 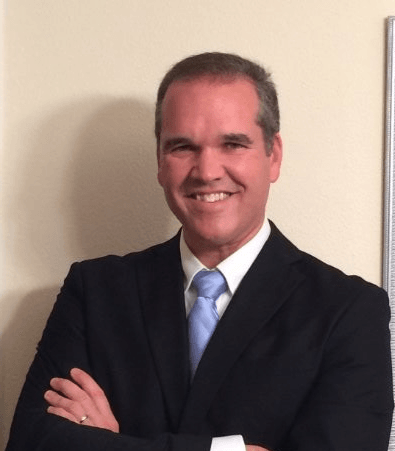 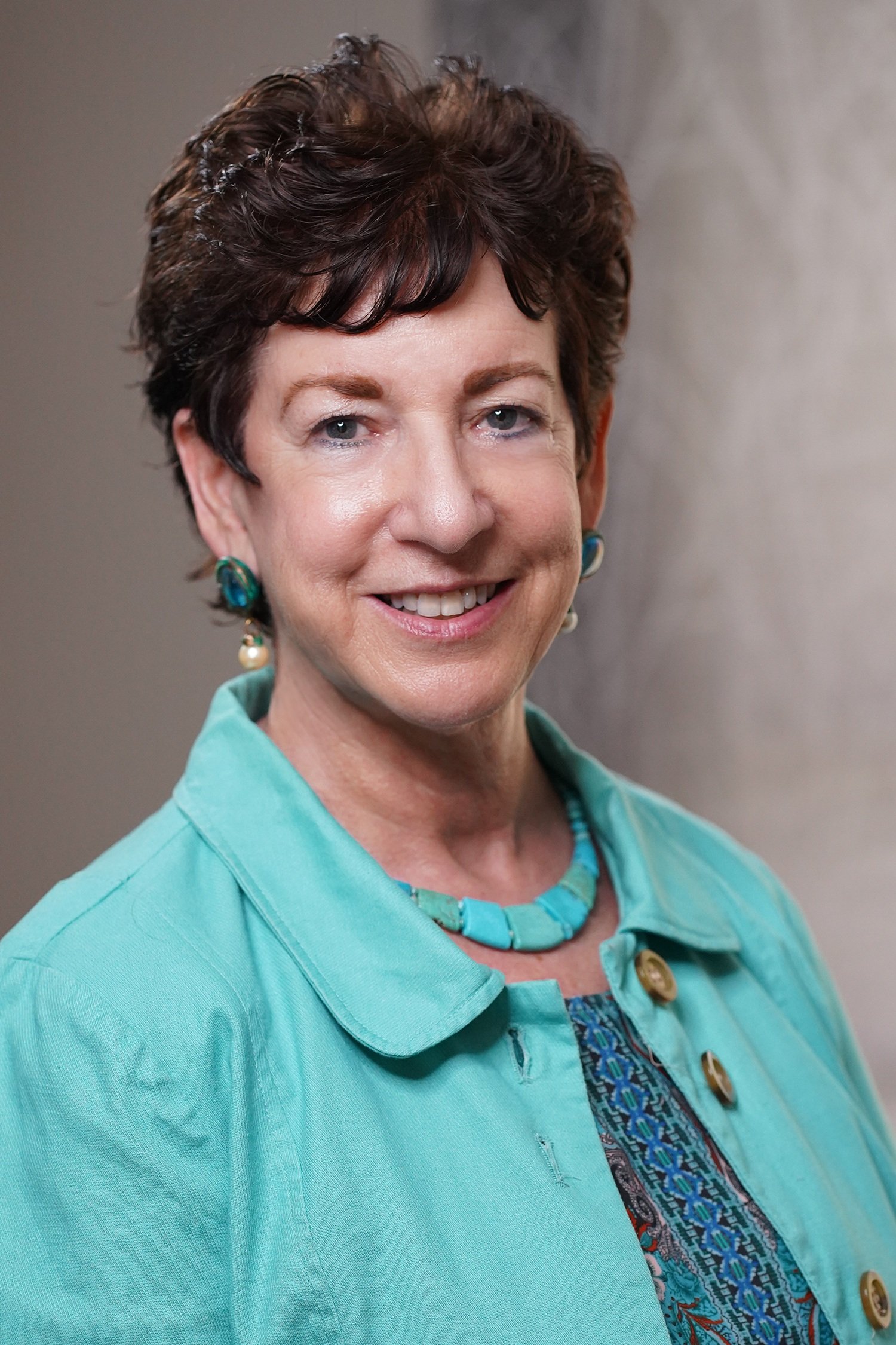 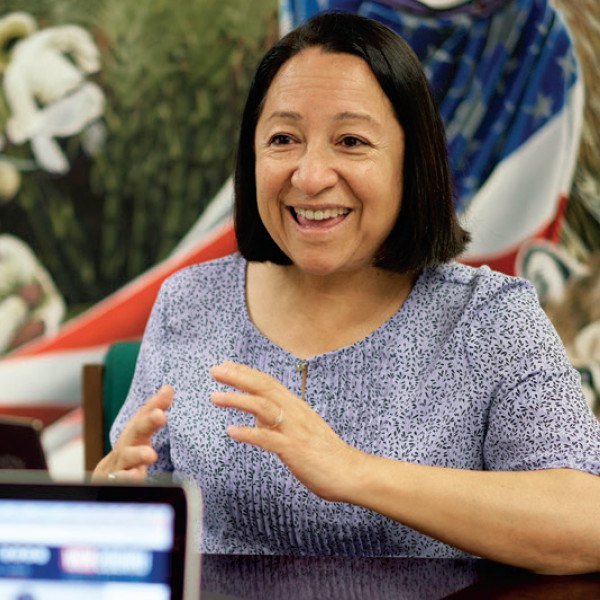 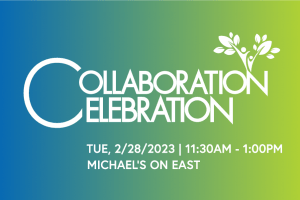 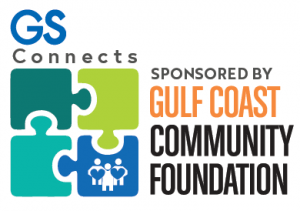 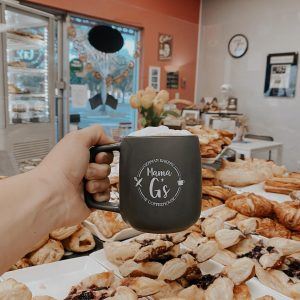 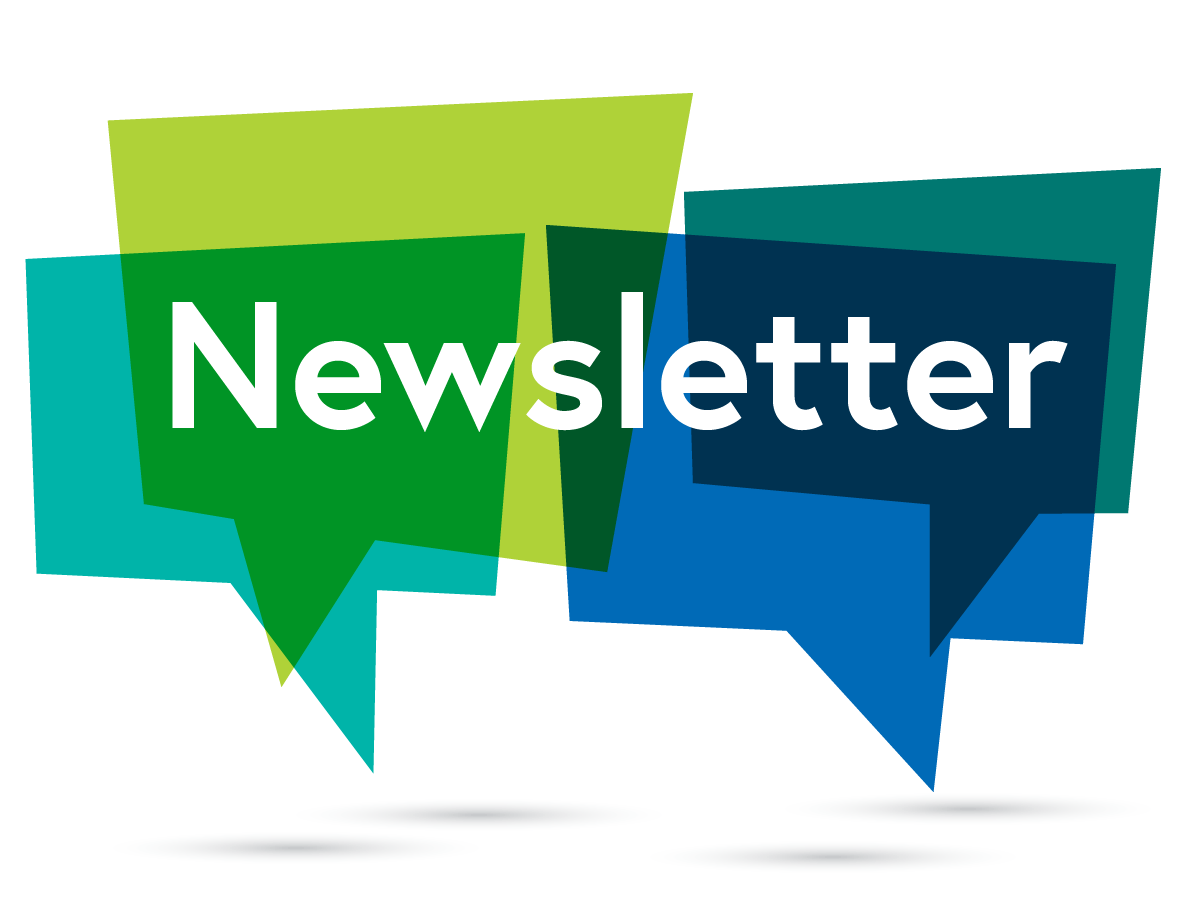 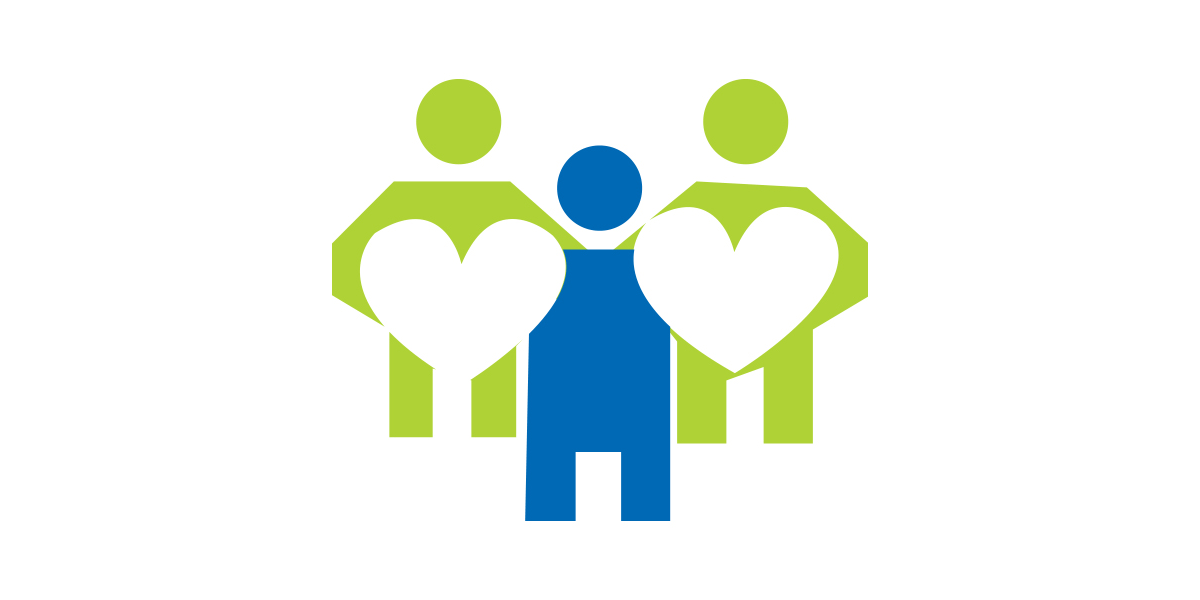 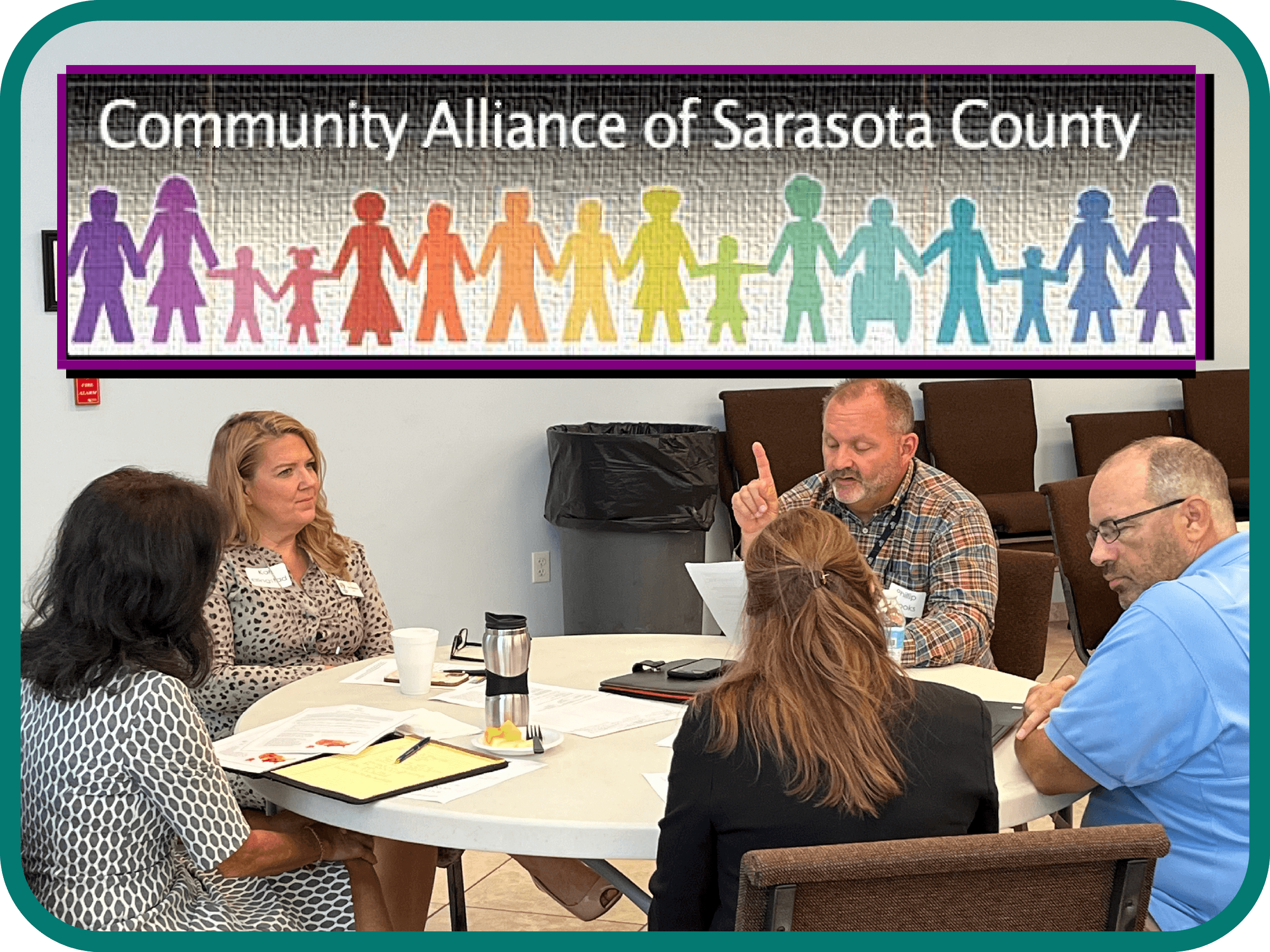 The Community Alliance is a group comprised of organizations in Sarasota's human services community. It is a meeting of minds for the sector, making connections and setting priorities for the […]
Read Post
1 2 3 … 69 Next »

Repair RequestRoom ReservationsIntercampus Notifications
© 2017–2022 The Glasser/Schoenbaum Human Services Center. All Rights Reserved. | Sitemap
All donations are made to The Glasser/Schoenbaum Human Services Center (a 501(c)(3) nonprofit corporation), and are tax deductible as provided by law. A COPY OF THE OFFICIAL REGISTRATION AND FINANCIAL INFORMATION MAY BE OBTAINED FROM THE DIVISION OF CONSUMER SERVICES BY CALLING TOLL-FREE (800-435-7352) WITHIN THE STATE. REGISTRATION DOES NOT IMPLY ENDORSEMENT, APPROVAL, OR RECOMMENDATION BY THE STATE. Our Registration is #CH1216. 100% of your contribution goes to support The Glasser/Schoenbaum Human Services Center, Inc. EIN 59-2707877
Our site uses cookies and other tracking technologies to assist with navigation and your ability to provide feedback, analyze your use of our products and services, assist with our promotional and marketing efforts.OkPrivacy Policy