Read about the WW Group in the Oberserver - More photos

Employees of nonprofits in the human services sector often wear many hats and work many hours in fulfilling their missions to serve those in need. Self-care is touted as critical, but is seldom realized to the extent that it’s needed. As Executive Director & CEO of The Glasser/Schoenbaum Human Services Center, Dr. Kameron Hodgens realized something had to give last spring.

After a season of attending many meal-heavy fundraisers in support of the nonprofit community and beyond, while simultaneously running a five-acre campus of 20 agencies – and raising a 3-year-old daughter – Hodgens decided to prioritize her health by starting a Weight Watchers group at work and asking her campus colleagues to join in. The group has successfully met once a week for the past year and has collectively dropped over 700 lbs. Providing support, discussing health goals, holding each other accountable, all with lots of laughter, the group has collectively had wonderful results that go beyond losing weight.

“The Center’s reason for existing is largely about bringing people together. As a group, I believe we’ve bonded by sharing a common goal beyond helping others. We share a sense of having each other’s backs. That trust goes a long way in learning how we can work together,” says Dr. Hodgens, “It’s been gratifying to see how self-care and serving those in need go hand-in-hand.” 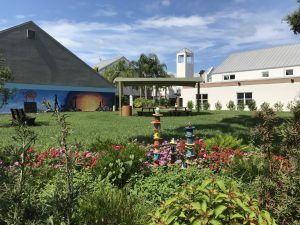 Our Response to COVID-19
Updated 4/27/20 To Our Community, The need for a sustainable human services...
Read More 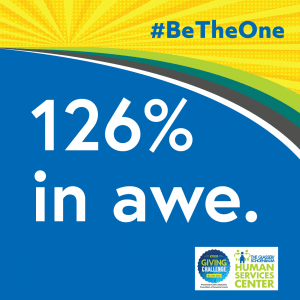 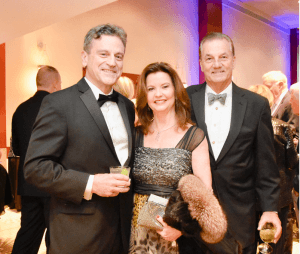 BELIEVE Photos
See photos from the BELIEVE gala, which took place on February 29, 2020 at ...
Read More 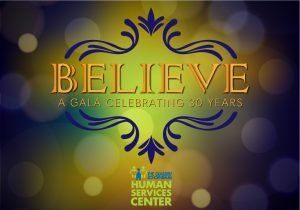 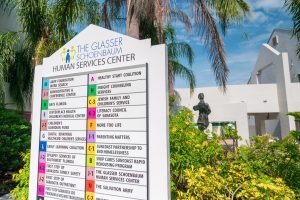 SOS: Where do you go when you need help?
At the end of 2017 with the addition of our Community Liaison, Christina Ru...
Read More

Campus Gathers for the Holidays
December 3, 2019 Today, the campus came together for the Anchin Becker Holi...
Read More

Repair RequestRoom ReservationsIntercampus Notifications
© 2017–2020 The Glasser/Schoenbaum Human Services Center. All Rights Reserved.
All donations are made to The Glasser/Schoenbaum Human Services Center (a 501(c)(3) nonprofit corporation), and are tax deductible as provided by law. A copy of the official registration and financial information may be obtained from the Division of Consumer Services by calling toll free 800-435-7352 within the State. Registration does not imply endorsement, approval or recommendation by the State. Our Registration is #CH1216. 100% of your contribution goes to support The Glasser/Schoenbaum Human Services Center, Inc. EIN 59-2707877
Our site uses cookies and other tracking technologies to assist with navigation and your ability to provide feedback, analyze your use of our products and services, assist with our promotional and marketing efforts.OkPrivacy Policy